Talking someone into giving you money is hard, especially when we are talking millions. Osome Blog asked 3 founders who succeeded, 1 startup scout and 1 product lead to share their experience. Here’s what they told us.

Before you pitch, it might be a good idea to start a company in advance. Check out our company registration services in Hong Kong .


The Phase Your Startup Is in Determines the Pitch

Before you start preparing for the pitch, you need to figure out what investors to contact and what points to cover. To know that, you need to understand what phase of development your startup is currently in.

During different phases of development, a startup has to test different hypotheses:

Moving forward with your startup is about proving your hypotheses right — one at a time or several at once. Every next hypothesis is harder to prove and normally requires more resources to do so. 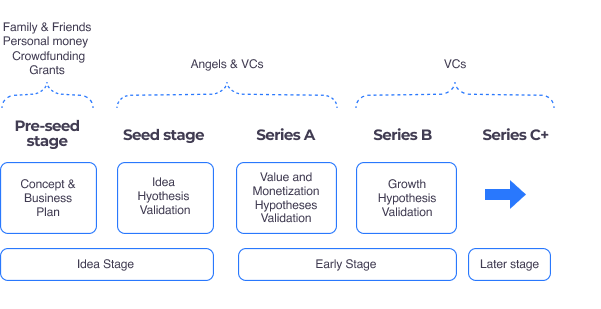 Most founders rely on their own savings and family money at the very beginning of a startup’s life. This is usually known as the pre-seed round or ‘Friends and Family’ investments. Then founders raise money to test their Idea during seed rounds. Testing Value, Monetization, and Growth hypotheses is associated with the next rounds: they are called A, B, and C.

Now let’s look into what your investors want to hear depending on which phase you are in.

When a startup is not operational yet, and you are in the Idea validation phase, the seed funding round is the most probable option. Usually, it’s angel investors who provide funds in this phase, not venture capitalists (VCs).

However, there are some VC funds and accelerators that specialize in seed rounds only. The most famous ones are 500 Startups, Y Combinator, MassChallenge, Plug and Play, and  Techstars. When searching for angel investors/VCs, such sources and search engines as PitchBook, AngelList, Signal and Crunchbase, might be truly helpful.

Here’s what you need to focus on during a seed round pitch.

Emphasize relevant experience of the founder and functional completeness of the team. At the seed investment round, a great deal of attention is paid to the team itself. All the members should be experienced and competent in their field, and the team should be functionally balanced, so that each person is responsible for their area and does not interfere with others. The investors expect to meet the CEO, the Chief Technical Officer, the Head of Sales, and the Head of Product. A few co-founders with badly separated areas of responsibility or two CTOs are a wake-up call for the investor.

Show that the market fit has been found. At the Idea phase, a good understanding of the market fit convinces the angels to invest in the project. At least that is what helped Tezis.io, a service that helps to invest in shares of Russian and American companies and to trade remotely.

The first money raised, $500k, was from angel funds in 2015.The angel was a private investor himself. He had tried many trading platforms and had suffered from some technical inconveniences. We explained to him that we understood his problem and knew how to solve it. We did not have a Minimum Viable Product (MVP) back then, but we demonstrated a very good understanding of the market. Also, there was already a competitor in the market with a good response to the product. The market fit was obviously there, we just had to win the market share from the competitor, and we tried to prove we could do that. 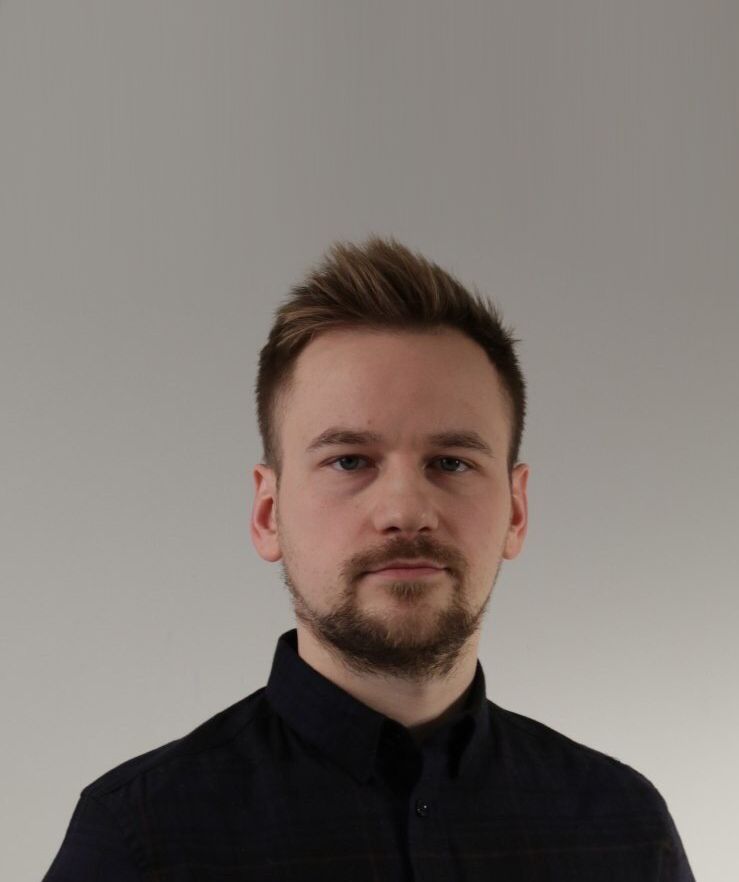 Alexandra Gerasimova, the founder of FitMost, came up with the idea of a monthly pass to hundreds of sports studios. She pitched it dozens of times until she finally raised more than $1 million from an anonymous family office in 2018. Alexandra confirms it is important to show the market fit to a private investor, “During the pitch, we focused on the fact that there was a market for our product. Since our audience is the younger millennials, our task was to explain to investors that we are making a subscription service for the generation that will become the basis of the economically active population in 3–5 years.”

Prove that you can solve customers’ problems. Use qualitative and quantitative analysis. “At the Idea stage, all risks and the overall level of unpredictability are extremely high. It is crucial to prove that you’ve managed to find a problem so  serious that it requires a solution worth paying for,”  says Ilya Sidyakin, the product lead in Brief. “At the same time, it is important to demonstrate that either there are no solutions or they are not good enough.”

Ilya advises using multiple qualitative and quantitative market research tools for cross-validating the Idea hypothesis. Usually, you should  use both  methods. For example, you can start with a qualitative approach by doing multiple problem interviews. Based on these interviews, you will reveal multiple potential problems that your audience faces. After that, you can alternate to a quantitative method and try to do a survey, or a questionnaire, or use Google Trends to see which problem is the biggest. After that, you can go back to qualitative to work on solution interviews and so on.

When doing problem interviews, work with potential customers only. Asking colleagues or friends would be much easier, but it would also be misleading and may result in wrong decisions. As Steve Blank once said, "There are no facts inside the building, so get the hell outside."

Also, do not use bought traffic to try to fake customers’ attraction to your product. Investors have an eye for it.

Better show more than the bare minimum. Alexis Pospekhov, founder of Latvia-based MISSION:TECH, scouts startups and helps them with a soft landing in the EU by providing assistance in onboarding, banking, sales, team relocation, community services and raising capital.

There is a long way to go from the idea phase to getting funds: just to have a brilliant idea on your mind may be enough to be granted the official startup status, but it’s certainly not enough to pitch to or get individualized feedback from the European VCs. At the very least a Minimum Viable Product (MVP) should be presented.

Why at least? MVP is a version of a product which lets you collect the maximum amount of verified knowledge about customers with the least effort. The MVP is still a common approach but product developers are now criticising the MVP because the raw design and the incomplete product do not meet the customers’ standard of quality and are vulnerable to competitors that put in more effort and enter the market with a more developed first version. Want to increase your chances of getting funds? Then go for awesomeness and design some lovable details that customers will cling to.

Success in the next three early-stage funding rounds,  A, B and C, will depend on your ability to validate Value, Monetization and Growth hypotheses.

Show you can hold and retain users. The key metric to present to the investor is Retention rate, which shows how many customers stayed with you over a period of time. Retention determines a startup’s potential for growth and also influences its monetization metrics.

Find out your daily/weekly/monthly retention rates. Cohort analysis will help to break all users into groups that come in a certain period and find out how many of them returned later.

“Ideally, retention should look like a plateau on the graph, going in parallel with the Х axis,” says Ilya Sidyakin, “this means that there is a part of users that will stay with you for a long time. This is a very good sign of product-market fit.”

When proving the Value hypothesis, try to think of your product as a leaky bucket full of water. The task of the team is to make the bucket leak slower than it fills. At this stage, the investor wants to see that the team is not burning tons of money for marketing purposes, and that all the resources are being spent on figuring out whether the product can hold and retain users.”

Tell about the monetization model in detail. Explain how the model works, how it affects growth rates, what exactly it is good for now and whether it will also be relevant and effective for scaling.

“Show the structure of the channels,'' advises Alexandra Gerasimova, “different sources where clients come from. It could be anything  from word of mouth among friends to bloggers’ posts.”

Focus on the numbers. The main metrics and figures here are LTV, CAC and their ratio. Look through cohort analysis on how much users spend.

“Yes, it's great to show the investor that LTV Is 3 times more than CAC, but do not get hung up on specific values,” Nazar Shchetinin advises, “forget about ‘what is expected’. There is no specific value of LTV, metrics and numbers that are pleasing to the investors eye. They are highly dependent on the industry and startup, so it is important to think about two things: the first measurement plane is the cost of entry and the second measurement plane is where the money goes and how to scale.”

Unit economics was our main focus during the pitch because we considered it our strong competitive advantage. We spent a lot of time trying to have a decent model and showing the investors that we are able to make money on each monthly pass. Unit economics was reflected in the presentation: we showed what revenue we had, showed how much of this money was spent on marketing, and what money was spent on payments to our partners for training. 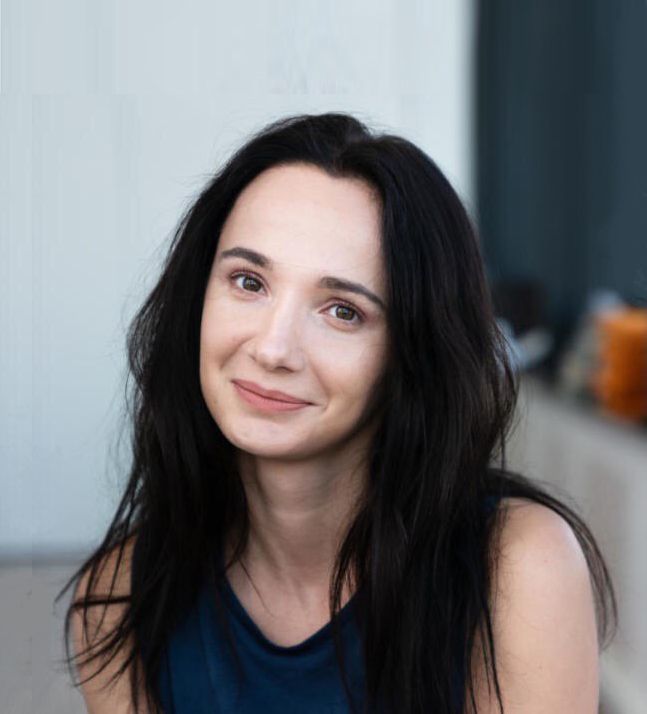 Prove the market is not narrow. Ilya Sidyakin claims that in addition to the possibility of growth, it is important to determine whether the market itself is narrow or not. Basically, what you want to tell the investors at this stage is that you will spend most of their money on marketing as you have a proven unit-economics and you are sure to generate high returns. In other words, you claim that your product will return more money than you are investing in it, so it is worth focusing on heavy user acquisition. But the trick is that there is a possibility that it is all true but only for a really narrow market niche. And thus the more you spend, the worse your unit economics is.

Before you even start preparing for the pitch, you need to understand what phase of development your startup is in. During different phases of development, a startup goes through validating 4 hypotheses, which are Idea, Value, Monetization and Growth. Founders test their Idea during seed funding rounds. Testing Value, Monetization, and Growth hypotheses is associated with rounds A, B, and C.

During the seed round the founder has to:

During ABC rounds the founder has to:

Alexis P., founder and startup scout of  MISSION:TECH — selected and relocated more than 20 startups in 2019 that will receive VC investments in the EU

Ilya S., product lead of Brief  — gained broad experience in communicating with C-level managers through his work at BCG, knows what investors want to hear from you

Setting Up a Hong Kong Company as a Special Purpose Vehicle

Why You Need a Company Secretary for Your Hong Kong Business

Want to run your business smarter?

We write about saving money and building a feasible business, with real entrepreneurs sharing their experience. You’ll get new pieces once a fortnight.

We've sent
you an email!

We’re using cookies! What does it mean?
Scrolled to bottom
Hey! I’m Jay. I’ll help you through our services. Ready to go?

Thank you!
We will send you an email shortly