A director of a company sounds like a respectable role to play. If you have managerial experience, becoming a company director may appear to be a nice step forward in your career. If you own a private company, becoming the company’s director just seems to be natural and easy, and also saves money on a professional director’s salary.

The directorship, however, entails quite a lot of duties, responsibilities, and liability. This article gives an overview of what a person intending to serve as a director should be prepared to face.

A company does not physically exist and can only act through its agents, i.e. though the directors.

Directors are obliged by law to ‘promote the interests of the corporation whose affairs they are conducting’ (Aberdeen Rly Co v Blaikie Bros [1854]), and to ‘promote [the company’s] success and to protect its interests’ (Towers v Premier Waste Management Ltd [2011]).

1. Duty to act within powers

This duty obliges the director to comply with the company’s constitution and to act in line with the purpose for which their powers were entrusted to them.

At the same time, in some cases stock dilution might not mean a breach of duty, for example, if aimed at a hostile shareholder attempting to take over the company.

It should be noted though, that the director’s good intentions are not always enough to persuade the court that he hasn't committed a breach of duty. Whether the rescue of the company’s future was the primary purpose of the share issuance and whether the dilution was justified under the circumstances is determined on a case-by-case basis.

2. Duty to promote the success of the company

In practice, this duty is extensive. As follows from the definition, it prevents a director from putting the interests of one shareholder over the interests of the other ones and exploiting the company’s assets for the director’s own benefit.

In addition to that, it obliges the director to keep in mind a wide range of factors:

A director registers a trademark similar to the name of the company where they serve as a director in their own name. That’s a breach of duty.

A director serves on the board of a company which is a subsidiary of another company. They decide to transfer money to a third party creditor to cover the parent company’s urgent debt. That is in breach of a duty owed to the subsidiary company (Extrasure Travel Insurances Ltd v Scattergood [2002]). Acting in the interests of the group is not the same as acting in the interest of the company which the director is responsible for.

This duty does not mean that a director must be a one-man band; he may, of course, hire experts and rely on professional advice in the areas where he lacks expertise. But the director must always exercise his own judgement in the decision-making process.

This duty also means that a director cannot act on someone else’s instructions and cannot enter into any agreements or arrangements (not necessarily written) which would compel them to act on the instructions of another person while exercising their director’s duties.

Director’s powers can be limited in the company’s constitution or in an agreement signed by the company, and this will not be a breach of duty.

A shareholder tells the director whom they nominated to make an investment on behalf of the company in a business the shareholder knows well and believes to be very promising. A director does so without questioning the shareholder’s proposal. This is another illustration of a breach of duty.

This wording refers to the so-called duty of care. If a director is in breach of this duty, he may be liable for the tort of negligence and will have to compensate losses to the company.

A director signed documents on behalf of the company without first reading them. They breached the duty of care [Re D’Jan of London Ltd (1994)].

A board of directors approved an annual report which failed to disclose a significant amount of liabilities; in court, their blind reliance on professional advice was no defence, they should have carefully studied the report themselves (ASIC v Healey [2011]). A non-executive director who allowed other directors to run the company can still be held liable for the wrong decisions that the board makes; lack of awareness of the company’s affairs is not an excuse for a director (Re Peppermint Park Ltd [1998]).

A board of a bank failed to monitor the activities of a dishonest trader who abused his position, carried out large, unauthorized transactions and ultimately led the bank into bankruptcy; directors were liable for their failure to supervise these activities (Re Barings plc (No 5) [1999]).

5. Duty to avoid conflicts of interest

A director cannot incorporate their own company to work for a client of the company where they serve as director.

Even after their resignation, a director cannot use the company’s opportunities or assets (such as confidential information or know-how) for their own benefit.

Conflicts of interest can usually be authorized by independent directors and in this case no liability arises.

Then the parent company and the subsidiary were sold to a third party, and the directors made a good profit on the sale of their shares in the subsidiary.

The court decided that they had to return this profit to the company. It did not matter that the company had not incurred any loss. The only thing that mattered was them making profit in a situation where there was a conflict of interest on their part.

6. Duty not to accept benefits from third parties

This duty covers all benefits whatsoever, but liability arises only if the acceptance of a benefit seems likely to create a conflict of interest.

If a benefit amounts to a bribe, Bribery Act 2010 will apply.

7. Duty to declare interest in proposed transaction or arrangement

If there is conflict of interest, a director is obliged by law to inform their fellow directors in advance unless they are the sole director in the company. If said interest is not disclosed, the company may file a claim to invalidate the transaction, so that both the company and the counterparty are returned to their initial positions.

For some transactions (substantial property transactions & loans) simply informing fellow directors is not enough. In these cases, one needs to get the shareholders’ approval, otherwise the transaction will be voidable.

If a company purchases goods from a partnership where its director is a partner, there is a clear conflict of interest: the director has to choose between getting the lowest price for the company and maximising the profits of the partnership. Thus, the director is under duty to disclose his interest to fellow directors.

Director’s responsibilities are about doing the paperwork and making sure all documents are filed on time with the Companies House and HM Revenue and Customs.

The basic list of filings for a private company includes:

An accounting specialist or another person may be hired to take care of all the filings, yet the director remains responsible for them at all times.

Director’s liability for breach of duties can vary from compensating losses & giving back illegitimate gains to an obligation to do certain things (or avoid doing certain things). It will depend on the circumstances.

Failure to comply with paperwork responsibilities usually entails fines for late filing but can sometimes lead to criminal liability; for example, if a director fails to file a confirmation statement, or annual accounts, or returns at all.

Besides the above, a director may also face disqualification in cases specified in Company Directors Disqualification Act 1986, and personal liability for the company’s debts under the Insolvency Act 1986.

A disqualified director cannot even serve as a management consultant.

If a person continues to do things the disqualification order prohibits, then that is a criminal offence. They may face a fine, or imprisonment, or both. In addition, a director is personally liable for any debts incurred by the company during their unauthorized directorship.

There are three main things that can result in disqualification:

Here are two real cases to illustrate the point:

A director had knowingly concealed a considerable amount of the company’s assets from the liquidator in order to benefit personally. He got 6 years disqualification (Secretary of State for Trade and Industry v Blunt [2005]).

A company transferred most of its assets to other companies in the group, and was left with virtually no assets and burdensome liabilities. The finance director raised no objection against the respective transactions, relying on the professional advisors and failing to exercise his own judgement; he was found unfit to act as director and was disqualified for 2 years (Re Bradcrown Ltd [2001])

If a company ends up in insolvency, under Insolvency Act 1986 directors may be personally liable to compensate creditors of the company. This happens if they are guilty of any of these:

A director in a UK company is responsible both to the company and to the state. The stakes are high: if one fails to comply with the director’s duties or responsibilities, it may result in losing a considerable amount of money or even facing criminal charges. There’s also a risk of being banned from directorship or even management consulting for years.

There are ways to limit a director's liability (such as insurance, indemnity etc.), but they do not give full-scale protection.

Thus, when making a decision to become a director, be sure to to learn the legal rules and play by them.

Everything You Wanted to Know About EBITDA Explained by an Investor

How Accounting Is Different from Bookkeeping? 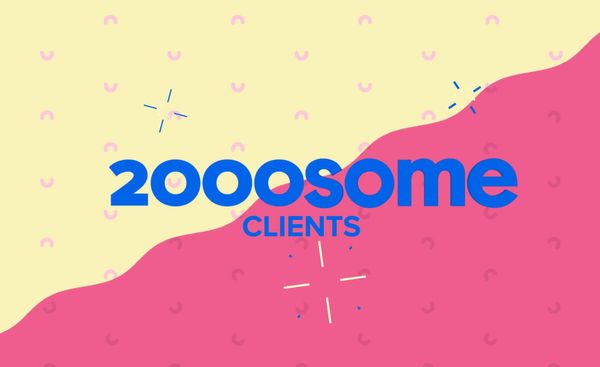 Want to run your business smarter?

We write about saving money and building a feasible business, with real entrepreneurs sharing their experience. You’ll get new pieces once a fortnight.

We've sent
you an email!