A company Common Seal in Hong Kong makes business documents official and legally significant. It can act as the official signature of your company.

The seal is recognised and used by companies falling within Common Law Jurisdictions. Besides Hong Kong, Common Law is practised in Australia, Canada, India, New Zealand, and the United Kingdom.

Common Seal is also commonly referred to as the Corporate Seal or Company Seal.

What is a company seal used for?

A note on issuing shares.

When you set up your company in Hong Kong, at least one share must be issued and allotted to the company’s founder.

A company seal is used to stamp all the important documents to signify that these are certified by the company’s board of directors or decision-makers. These documents include share certificates, employee contracts, minutes of a meeting, and other vendor partner agreements.

Does my company in Hong Kong require a Common Seal?

A Common Seal is not a must-have for companies incorporated in Hong Kong, since the new Hong Kong Companies Ordinance 2014. Times have changed, now, its use is optional.

If you’re a history buff, here’s some factoids for you to give some context so you appreciate how much easier it is to run a business in Hong Kong now. Under the Old Ordinance, every Hong Kong company needed to keep a common seal with the company name engraved legibly. It was used to execute deeds, issue share certificates, among others. Since the New Ordinance abolished this requirement in 2014, companies don’t have to use the common seal anymore. They can if they want to. No one will stop you. 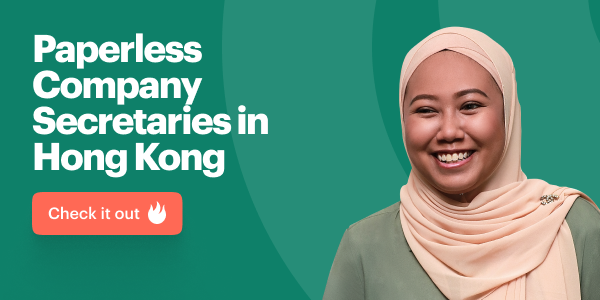 If it’s not needed now, what cases is it being used under the current New Ordinance?

The Common Seal can only be used on the authority of the Directors, and anyone authorized by the company’s Director for signing agreements or company documents. For example, if a share certificate is issued, the common seal shall be affixed on the share certificate by directors in the company only.

So, do I still go ahead and make a Common Seal for my company in Hong Kong?

We suggest not purchasing a Common Seal unless it is written on your company’s Articles of Association. If you would like to review your articles of association and amend any provisions requiring the use of Common Seal for execution, we can assist you with this. If you would like to create a Common or Company Seal, we are able to assist you with this. We will also guide you through the process of company incorporation in Hong Kong.

What is a Common or Company Seal in Hong Kong?

A Company or Common Seal in Hong Kong was used to make business documents official and legally significant, however, it is not mandatory to be physically used on a document since 2014.

Where is the Common Seal recognised?

The seal is recognised and used by companies falling within Common Law Jurisdictions like Hong Kong, Australia, Canada, India, New Zealand, and the United Kingdom.

Does my company really need a Common Seal?

Companies incorporated after 2014 do not need a Common Seal after the New Ordinance was established.

Got a burning question?

Send it to us and get advice from a real expert in your mailbox. It’s free.

Our expert will send an answer to your email shortly

Tips to run your business smarter.
Delivered to you monthly.

What Happens When You Avoid Tax in Hong Kong? A Guide to Tax Evasion Penalties.

Hong Kong is well-known for its simple and straightforward tax regime, which makes the country one of the best places you could start a business in. However, despite the favorable tax rates, there are still cases of tax evasion which leads to legal consequences.

A confirmation of Osome’s commitment at innovation and customer service, this is simply a great way to end 2020. Find out more on how and why we won.

Fulfillment and Storage: The Impact on Your Online Business

So, you have reached a turning point in your company’s growth and feel like you need to focus more on order processing and fulfillment. That’s great because that will allow you to grow your sales.

If you trade in a stronger currency, you will have to pay more for fewer items, which can squeeze your profit margins and make competing with other businesses difficult for you. It can also affect your ability to make profitable investment opportunities.

An Overview of Amazon's Logistics Chain

The Amazon website must integrate a wide range of functions in order to deliver full functionality. It is for this reason that Amazon's supply chain is so important to its success and operation.

Banking alternatives are emerging as new banking solutions which are good news for online businesses searching for more business bank accounts options for their e-commerce store.

What You Need To Know About Naming Your Ecommerce Store

Choosing a good brand name once you have registered your company is important for an e-commerce business store because it will grow to be the brand that users identify with.

Partner of a partnership business or sole proprietor? If you’re self-employed and earning an income in Hong Kong, this article will help you get up to speed on all you need to know about calculating taxes for freelance work.

Hong Kong boasts a thriving economy with a business-friendly tax regime, including its Double Tax Treaties, which has attracted many entrepreneurs and investors alike.

Taking a look at customer lifetime value, you'll see it's easier and less expensive to sell your products to an existing customer than to acquire a new one.

Osome Among Top 4 Platinum Partners of Xero in Singapore

Xero, the global small business platform, awarded Osome with a platinum partner status. This is the highest level of recognition that Xero offers to their counterparts, with only 3 other companies in Singapore holding the title.

Want in on industry insights, how-to guides, and exclusive offers? Well, you know what to do 👇