CRN is far from the only number your company will get with the UK government. The others are:

All of those are essential for your bookkeeping .

If you’re a UK limited company or an overseas company with a UK base, you’ll need to register with Companies House, which is the UK’s official registrar of companies. Once you’re assigned a unique number, it can’t be changed as it’s automatically added to Companies House listings when your company is formed. 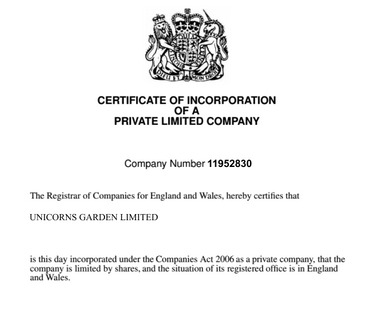 Sure, your company name itself can be as creative as you’d like it to be (and you can also change it along the way), but your business registration number is imperative from a bureaucratic perspective. One way to think of it is like the way you have a car with a registration number, or a passport with a unique number that identifies you (which is totally different to your actual name) But in this case, it’s all about your business.

What Is the Format of the Company Registration Number?

We’ve emphasised that your CRN is unique but it’s also worth mentioning that you’re not able to request, change or choose it. That’s because your Company Registration Number is automatically generated, which means a computer will assign this sequence of letters and numbers (without your input).

CRNs are made up of 8 numbers, (or 2 letters) followed by another 6 numbers.

The majority of CRNs on the registrar of companies are those formed in England and Wales. These are easy to spot because they all start with a zero, like this: 09876543. Two significant factors play a role in the formatting of the Company Registration Number:

Let’s take a look at some examples of how this works:

CRNs in England and Wales:

Interested in abbreviations and getting up to speed with more of the common business language used? Take a look at the full guide to Companies House Uniform Resource Identifiers on the UK government’s public registrar.

Your Company Registration Number vs Other NB Numbers

Tax, accounting, invoicing, bookkeeping and stocktaking. All important and directly related to numbers that may serve as other references that HMRC issues your company over the years. It’s worth familiarising yourself with the numbers that really matter so you’re able to identify and distinguish them at a glance, and even better still, so you don’t confuse them with your Company Registration Number.

Here are some reference numbers that are issued by HMRC, which play a pivotal role in your business’ bookkeeping but are entirely different to your CRN:

How Can a Formations Company Help?

Best of all, you can say farewell to the admin and stress! When you’re backed by a formations company who can help you register your UK business, you’ll have the assurance that preparation docs will be collated, sorted and sent to you to e-sign! From there, it’s also easy to set up an accounting routine and a business bank account. 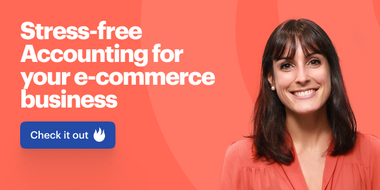 Where To Find Your UK Company Number:

Where To Display Your Company Registration Number

As a registered limited company, there are a few places where you’ll need to make sure that you include your business registration number. First off, it should feature on your website and any other owned online properties. Then, when it comes to your office itself remember that you can also feature your CRN on all and any printed marketing material (brochures, leaflets), company stationery (letterheads, emails, faxes) and administrative documents which could include order forms, receipts and invoices.

One way you use your company number is when you’re applying for government incentives.

Congratulations on starting a new company. Check out if you can qualify for any of these tax reliefs and government incentives for new startups.

When To Use Your Registered Company Number

You’ll need to have your registered company number on hand when you want to set up a bank account and whenever you’re interacting with Companies House. A few of these instances include:

The same applies when your accounting service provider files your taxes and deals with the HMRC, whether it’s registering, filing or paying corporation tax or VAT, as well as PAYE registration and reports.

So if you’re planning on starting a limited company in the UK, remember that it’s important to understand what your company registration number is and even more important to get to grips with how, where and when to apply that CRN.

This is a lot to take in but to make it a little easier for you, here’s a recap of some stuff you’ll want to keep top-of-mind:

Essential numbers issued by HMRC (that are not your Company Registration Number):

If acronyms and numbers aren’t your thing, you can also reach out to our Osome team. We’ll take care of all the boring, complicated stuff while you grow your business.

Tips to run your business smarter. Delivered to you monthly.

Want in on industry insights, how-to guides, and exclusive offers? Well, you know what to do 👇

Tips to run your business smarter. Delivered to you monthly.